The French Normandy or French Norman style is named for architecture found in the Normandy province of France, starting in the Middle Ages. At the time, people in Normandy and the Loire Valley of France attached their farm silos to the main living quarters instead of to a separate barn. During the 1920s and 1930s, an Americans revivalist movement romanticized the traditional French farmhouse, constructing buildings that take their cues from ancient French rural residences. Many plans include a small round tower topped by a cone-shaped roof, resembling the grain silos of the ancient Normandy style. The architecture is characterized by steep, conical roofs or hipped roofs and round stair-towers. They generally have stone walls and an asymmetrical plan. Like Tudor style houses, 20th-century French Normandy homes may have decorative half-timbering. Unlike Tudor style homes, houses influenced by French styles do not have a dominant gable in the front. There are a range of building styles these homes can resemble. Some appear to be cozy and romantic cottages. Some French Norman style homes look like small castles. Ther are homes of this styles in Minneapolis and other Twin Cities communities. 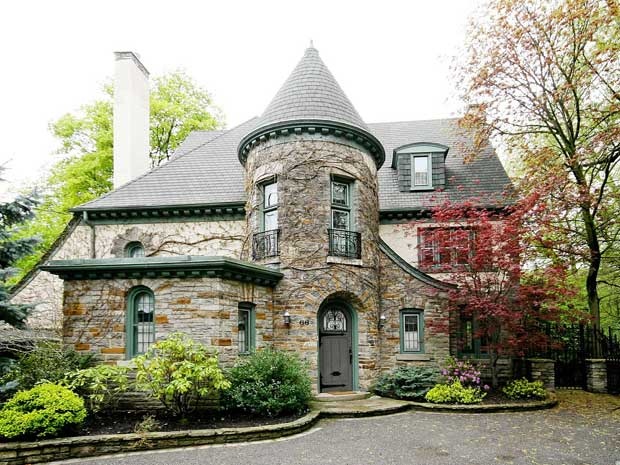 The architecture is characterized by steep, conical roofs or hipped roofs and round stair-towers. Its really very amazing and interesting blog.