A new area will be permanantly preserverd as a green space. For a price tag of $1.96 million, a parcel of land along the Mississippi River will become Washington County's latest park...
View Full Post

The American Society of Interior Designers of Minnesota is holding their Showcase Home Tour right now through June.

Each year, Twin Cities interior designers from the American Society of Interior Designers (ASID) takes over a home and gives it a design makeover. This year, there are two homes on the tour instead. And visitors can see both of them for the price of one!

Adventurer, explorer, and author of "The Blue Zones," Dan Beuttner’s Lake of the Isles Home was redesigned to incorporate his "blue zone" theories about longevity, as well as his extensive collection of art and mementoes.

The second home on the tour, located about a mile away, is a condo at The Edgewater near Lake Calhoun. At this location designers had an empty shell of a dwelling with which to work, creating a home for a hypothetical tenant who appreciates clean-lined, sophisticated spaces. ...

Posted by Matt Barker on Tuesday, May 18, 2010 at 11:56 PM By Matt Barker / May 18, 2010 Comment
St. Paul-based nonprofit Preservation Alliance of Minnesota will soon formally announced the buildings and sites on this year’s “10 Most Endangered Historic Places” list. Although the official announcement of the list isn’t until later this week, this year’s list surfaced early in the June issue of Minnesota Monthly.

Three of the listed sites are in the Twin Cities area: The Samuel J. Hewson House and the Wesley United Methodist Church in Minneapolis, and the Dairy Queen located at 1720 Lexington Avenue N. in Roseville.

The rest of the buildings and sites on Minnesota's “10 Most Endangered Historic Places” for 2010: 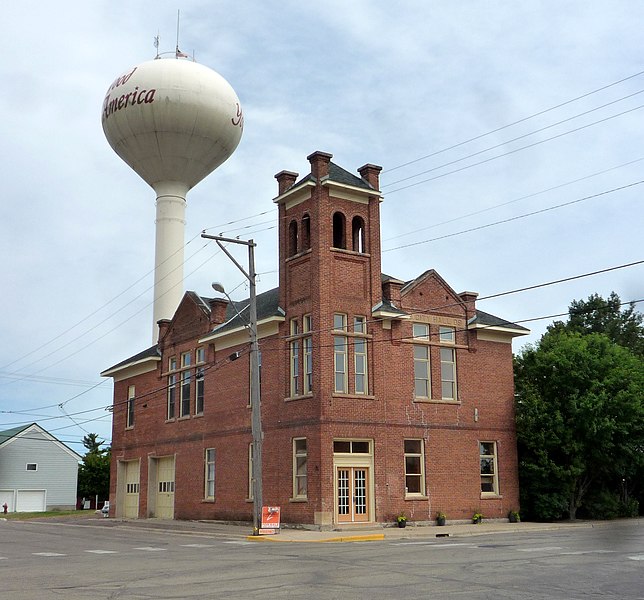 An historic building that once served as Young America's city hall is for sale on the market, listed at $449,900. This 1909 two-story brick building has been converted to a single-family home that could also easily accommodate a home-based business.

Located at 102 2nd Avenue SE in Norwood Young America, this striking home is on an easy access corner lot. The first floor is 2,000-square-feet including...

Move.com has chosen the Minneapolis as one of the Top 10 Greenest Cities in the United States. The places, listed in no particular order, were chosen because Move.com thought the cities were doing a great job at putting residents first. These cities are obsessed with clean air and clean water, renewable energy, reliable city transportation, growing parks and green spaces, farmer’s markets and, most importantly, opportunities for community involvement.

What did they have to say about Minneapolis?

Named one of the top business districts in the nation for by the Environmental Protection Agency, Minneapolis is a commuter’s paradise where more than 60 percent of downtown workers use public or alternative transportation to get to the office. Free parking for registered van and car pools, an extensive bike path and bike lane system and employer-sponsored showers and locker rooms not only add endorphins but make...