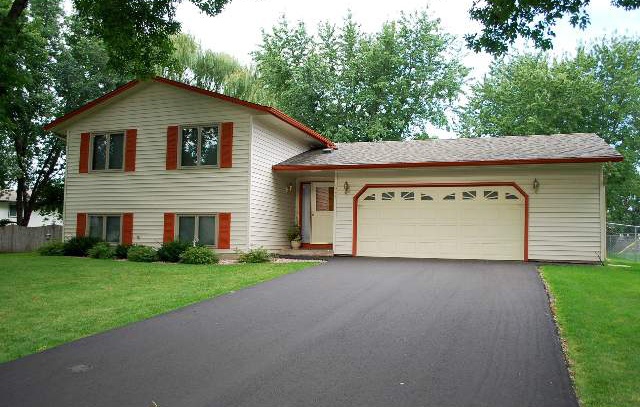 This single-family home is located at 2092 Cliffview Drive in Eagan, MN. This split-level home was built in 1981. It has 3 bedrooms, 2 bathrooms, and 1,600-square-feet of space. 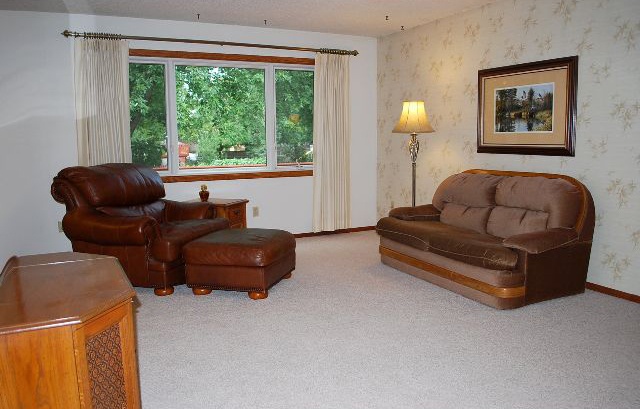 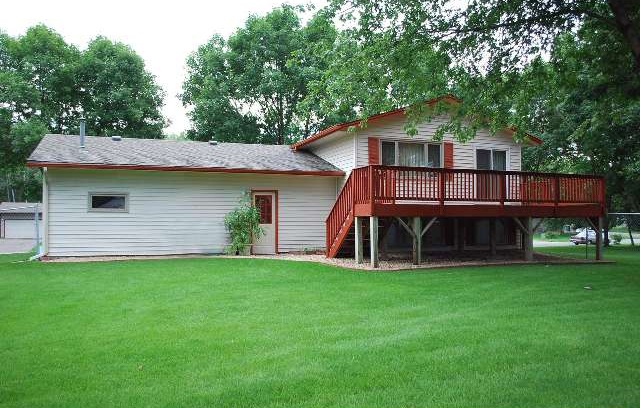 Though we missed Greening Minnesota last month, we certainly didn't forget about it! Once again, a round-up of earth-friendly news from our green and blue state.

Driving a Humvee or Escalade? Those giants are hard to park, but their available spaces have just been reduced. Signs that read "ECO VEHICLE PARKING Violators Towed at Vehicle Owners Expense," have appeared near the door of 8200 Building at Normandale Lake Office Park in Bloomington, which is home to the new Parma 8200 restaurant. Mississippi Market Natural Foods Co-op in St. Paul also has designated three prime spots for fuel-efficient cars.

A farmers market has opened in north Minneapolis! The Mini Farmer's Market is a small-scale weekly event on Tuesday afternoons from 2:30 to 5 p.m. on the east end of a large parking lot on Plymouth Avenue. The market will continue weekly through November, weather permitting. Unsold food at the end of the day will be donated to a local food shelf.

At the beginning of our test, we promised to report our findings through the end of the year.  It has been eye opening for us to track our results in this much detail and we appreciate your input and advice along the way.  Below is the 13th and final reporting data for the test.

So this is the Data that includes Christmas Day and the week between Christmas and New Years.  As such, we figured this would be a "dead week" for reporting...meaning the numbers would be abysmal.  But, in looking back over the past could of weeks, this reporting data is significantly better than the 2 weeks prior.  Go figure?

"Call it the Twin City Effect: Everything is twice as good here." - Outside Online

Outside Online recently named Minneapolis as one of the top ten best cities in America. Minneapolis' affordability, education, and diversified economy helped secure it the No. 8 spot in 'America's Best Cities' for 2009.

Outside Online, an online magazine that discusses health and fitness, adventure travel, gear and culture, recently used public data to compare 100 of the United States' most populated cities on a variety of topics. The categories included cost of living, commute time, unemployment, nightlife, and "access to green spaces." The magazine then took the top 28 choices and further ranked college education population, income level, home prices, weather, and recreation. Further, the magazine factored in such subjects as art, entertainment, and food. After all of that research, Outside Online decided that Minneapolis ranked 8th out of the 100 surveyed cities....

An incredible piece of Minnesota architectural history has just hit the real estate market in Red Wing: The E.S. Hoyt House. This extraordinary home was designed by Minneapolis-based architecture firm of Purcell & Elmslie and the Barker & Hedges Team with Re/Max Results has been chosen to market this fantastic property.

Located at 300 Hill Street in Red Wing, Minnesota, it was built in 1913 for E.S. Hoyt, who was president of the famous Red Wing Stoneware Company. It has been listed on the National Register of Historic Places since the 1970s. Many beautiful homes have been preserved in Red Wing, but the Prairie School style Hoyt House stands out from the crowd of Second Empire, Italianate, Gothic and Greek revivals found in this Mississippi River town. With its distinct T-shape, low hipped roof, and deep eaves, this nearly century-old house still has a modern appearance....

The Parade of Homes will mark its 62nd fall event during its run from September 11 through October 3. The Parade this year will feature about 330 Twin Cities homes in 80 metro region communities that range in price from $144,900 to $3,485,000.

The Parade of Homes is a resource for Minnesotans to see hundreds of new homes. The Parade was designed to encourage prospective home buyers to compare styles, locations, construction techniques and materials. It also helps people to find ideas and inspiration.

The Parade of Homes Remodelers Showcase will be open the final three days of the fall tour, Oct. 1-3.  With 74 remodeled...