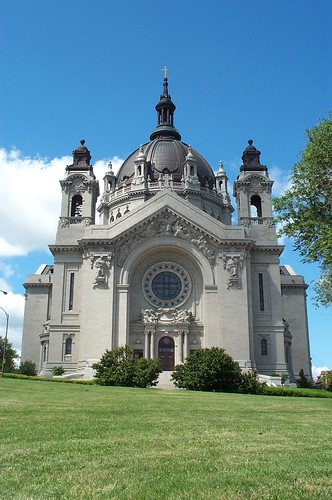 The Cathedral of Saint Paul is a Roman Catholic cathedral in the city of St. Paul, Minnesota. One of the most distinctive in the United States, it sits on Cathedral Hill overlooking downtown and the State Capitol Building. It opened in 1915 and was the fourth cathedral of the archdiocese to bear this name in the City of St. Paul, the first having been established on the bluffs in 1841. The first church was also the namesake for the city, which from 1840 until 1849 had been called Pig's Eye. Thankfully, that was changed when the Minnesota Territory was formalized and Saint Paul was named its capitol.

Archbishop John Ireland set the construction for the cathedral in 1904. The third Cathedral was 46 years old and too small for the growing congregation. Well-known French Beaux-Arts architect Emmanuel Louis Masqueray was commissioned to design it and construction began in 1906. The design was inspired by French Renaissance architecture. 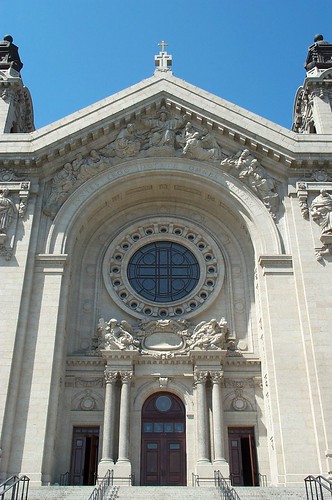 Some things have changed over the years. Electric lighting was installed in 1940. Warm-colored paint and gold leaf were added to the interior of the dome during a major renovation in the 1950s. In 1987 the Cathedral acquired five bronze bells cast in France.   The Cathedral's copper-clad dome was renovated in 2002. 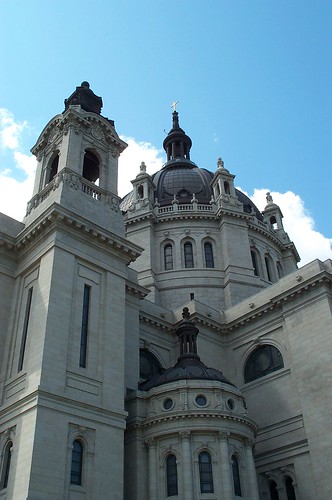 The Cathedral is normally open from 7 a.m. to 7 p.m. seven days a week.