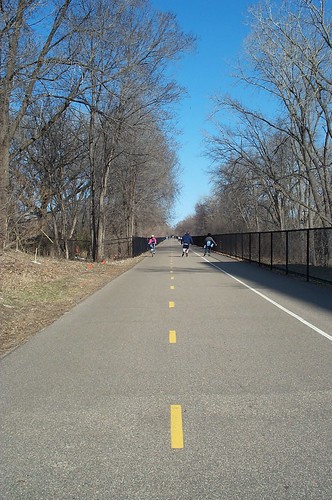 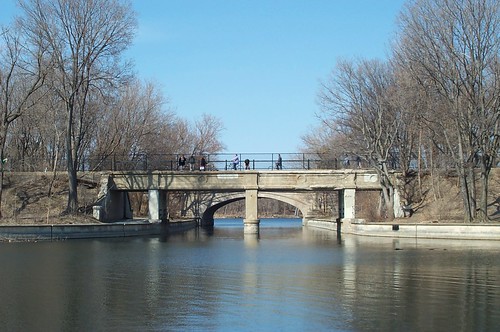 To the east, the Greenway connects to West River Parkway, a part of the Grand Rounds Scenic Byway. Along the way, there is access to the Chain of Lakes, as well as the Light Rail Trail, connecting the Greenway to the Downtown East community. Here you can see riders and walkers on a bridge for the Greenway which crosses the Lake of the Isles.

The Greenway was created in a former Milwaukee Road railroad corridor along 29th Street. The rail line was originally built between 1879 and 1881.

Bike traffic on the Greenway has jumped 30% in 2008 over ridership counts from 2007.
Tags: Downtown East, Lake of the Isles, Southwest, Minneapolis, Downtown