The first known people of European descent known to have visited the lake were two teenaged boys from Fort St. Anthony, later renamed Fort Snelling. Seventeen-year-olds Joe Brown and Will Snelling found the lake in 1822 when they paddled up Minnehaha Creek.

Minnesota's territorial governor Alexander Ramsey gave the lake its name in 1852. American Indians in the area referred to it as minn-ni-tanka, which means “big water.” The first settlements were constructed around it the same year. The first hotel was built in 1853.

In 1905, Twin City Rapid Transit first connected streetcar lines to the lake, which brought many more visitors. Soon steamboats that looked like streetcars, called Express Boats, were launched. The boats fell into disuse and were scuttled in the lake's deep water in 1926.

For a time though, seven boats brought arriving streetcar passengers to over twenty different endpoints on the lake. One destination for the Express Boats was the Big Island Amusement Park. In its heyday, it was about the same size as Valleyfair, but it didn't have nearly the staying power as it lasted only about five years before it was shut down. Excelsior Amusement Park was a greater success on the shores of Lake Minnetonka, with seasonal operations running from 1925 through 1973. Crane Island was organized as a summer cottage retreat in 1907. A number of lots on the shores of the island and dedicated a commons area in the center of the island were plated. The island is now a historic district listed on the National Register of Historic Places. 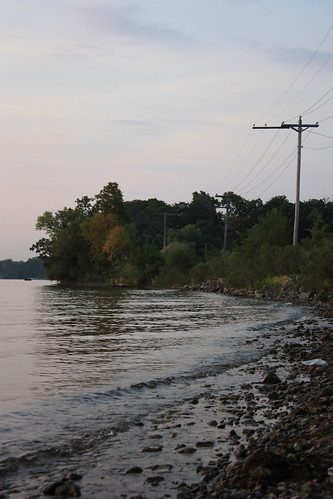 Lake Minnetonka has remained a fairly popular destination, with tourist boats still operating in the warmer months. One of the old streetcar boats that had been scuttled in 1926, the Minnehaha, has even been raised and restored. And its even making trips to Big Island, which has been converted into a public park. Lake Minnetonka is popular for lake cruises and sailing. 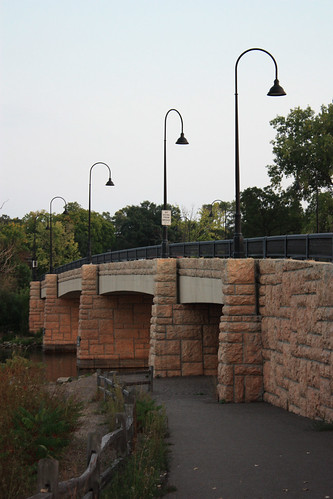 And of course, Lake Minnetonka is a popular fishing location with game species that include yellow perch, sunfish, largemouth bass, northern pike, walleye, and muskies. This spot in Wayzaya MN is popular for fishing from the shore.