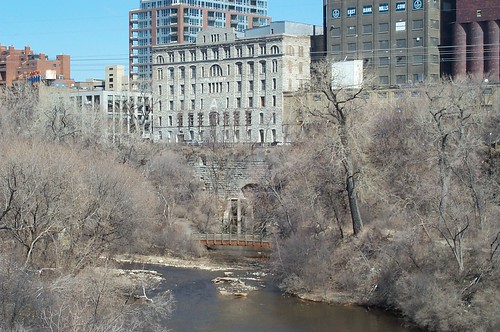 At the time it was built, the Pillsbury Company wanted a building that was beautiful as well as functional. Local architect LeRoy S. Buffington was hired to design it. The largest, most advanced mill in the world at its completion in 1881, the "A" Mill was the standard by which all other mills of its time were measured.  The six-story building had stone walls six feet thick at the base tapering to eighteen inches at the top. With improvements and additions over the years, it became the world's largest flour mill.

The Pillsbury "A" Mill is now a National Historic Landmark. Currently, there are plans to make some changes to the 7.9 acre Pillsbury "A" Mill Complex site. The project would preserve and renovate for commercial and residential use all but one of the historic structures at the site. Only the concrete grain elevators now located along 2nd Street SE would be demolished. Six new mid- or high-rise residential buildings and their linking structures along Main Street would be added to the site. There doesn't seem to be much news on this, however, most likely due to the housing and construction slump. 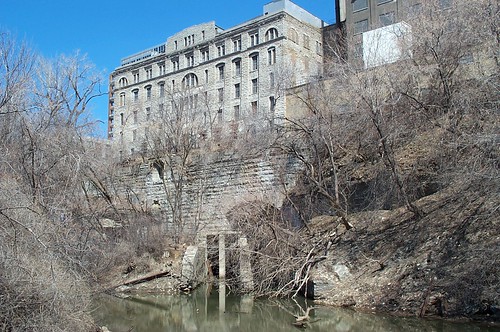 In this photo you can see a closer view of the Pillsbury "A" Mill from inside Philip W. Pillsbury Park. Strangely enough, this park isn't listed on the Minneapolis Parks & Recreation website except to say it's near Father Hennepin Bluffs Park. To let you know, I've personally been here and it is truly unique. It's basically a series of trails that cut through a wooded area filled with mill ruins. Because it's on the Mississippi River, there are some bridges that cross water which provide picturesque views. For some reaon they took out a section of stairs, though, so the trails dead-end in some weird places.