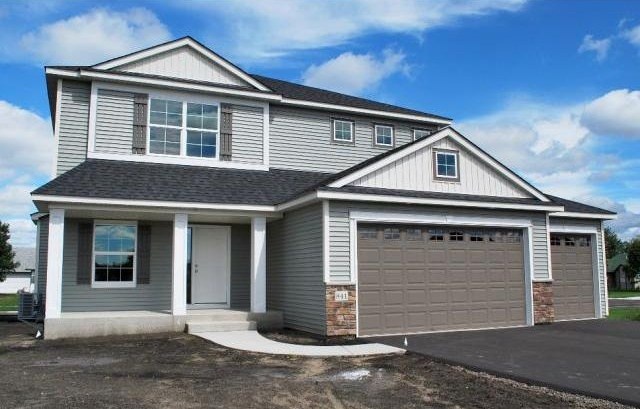 This single-family houseis located at 913 104th Lane NE in Blaine, Minnesota. This 2-story home is a new construction home that will be completed in 2011. It has 4 bedrooms, 3 bathrooms, and 1,898-square-feet of space. 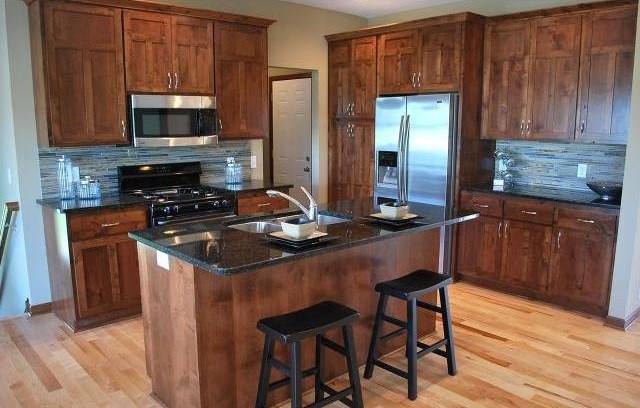 This beautiful home features a sleek gourmet Kitchen with granite countertops and Knotty Alder cabinets, maple hardwood floors, and ceramic tile. Large panels of windows and smaller windows in unique places allow for plenty of natural lighting in almost every room of the house. 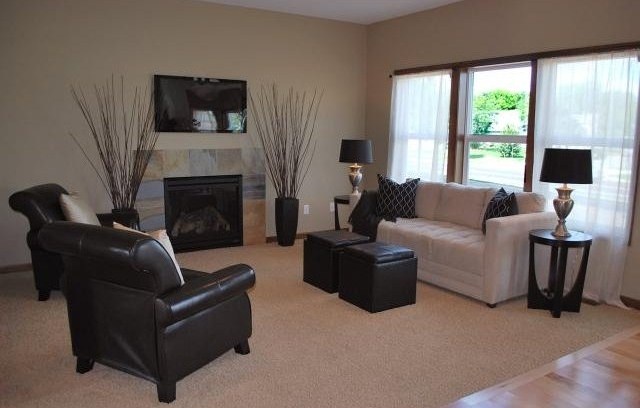 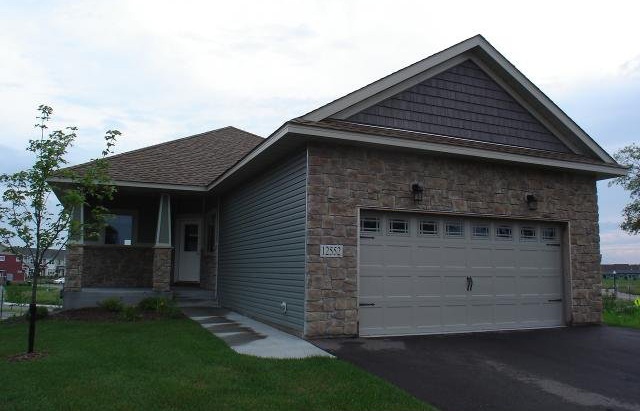 This single-family home at 12552 Quemoy Street NE in Blaine, MN, is a new construction rambler with 2 bedrooms, 2 bathrooms, 1,399-square-feet of space, and an additional 1,300-square-foot walk-out basement that could be finished. 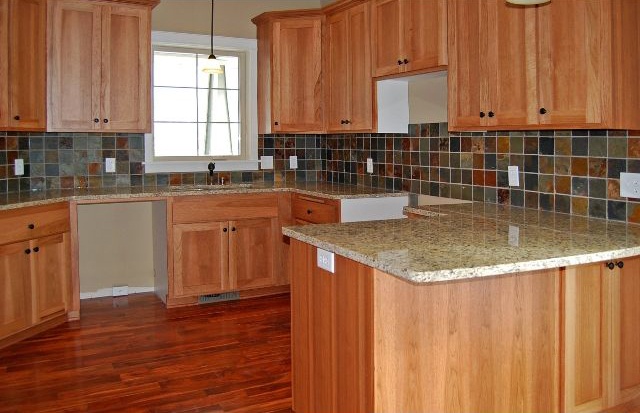 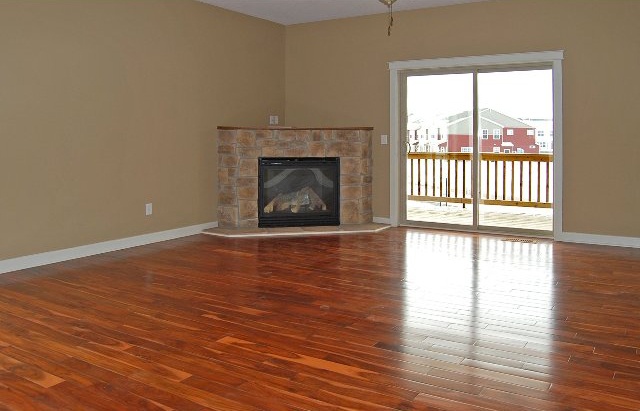 The tour features 15 upscale homes valued from $900,000 up to $5 million. Homes on the tour are sprinkled throughout the metro, from Blaine to Prior Lake, Minnetonka to Lake Elmo.

“No detail was spared to create these homes,” said Kori Meewes, Midwest Home publisher. “You’ll see everything from an impressive 1,500-bottle wine cellar to secret closet tunnels that connect the kids’ bedrooms to a unique siesta deck.”

Also in Anoka County, employees may have saved a few jobs by saving energy (and money). First, lights were dimmed. Utility costs at the government center were reduced by $58,000 in 2009. In 2010, the county is expected to save more than $65,000. Next, Facilities Management and Construction team is changing the heating...

Even during the traditionally slow winter selling period, the Twin Cities housing market saw home sales prices increase slightly in January 2010 compared to last year. It is the first year-over-year increase in over 3 years. The number of houses sold remained essentially flat compared to January 2009.

"We've safely weathered the worst of the housing market decline, despite continuing worries about future home foreclosures," said George Karvel, a real estate professor at the University of St. Thomas.

The Minneapolis Area Association of Realtors reported the January median sale price to be $157,000, a 1.3% increase. That was the first time since July 2006 that the median sales price was higher than previous year, according to the Realtors association. Though the 1.3% isn't a vast increase and it doesn't mean that the Twin Cities real estate market has for sure bottomed out or had a reversal, it is still welcome news.

As mentioned in an earlier blog post, there has been some activity in the local Twin Cities home building industry in 2009, making home builders more optimistic about the industry’s recovery. Though the uptick in activity is moving slowly, it could pick up some speed in 2010.

According to the Keystone Report, which tracks permit activity in the 13-county metro area, residential construction in the Twin Cities declined for the sixth year in a row  in 2009 as measured by planned housing units. Metro area cities doled out 2,599 permits for 4,405 new housing units, a far cry from the peak of 11,472 permits for 19,000 units in 2003.

But builders are encouraged by 2009's strong finish. In the last two months of 2009, the Twin Cities saw 523 homebuilding permits for 997 housing units, up from 365 and 644 in the comparable 2008 period. Residential permits issued in just December 89% higher than in the same month 2008.

Shakopee was the Twin Cities...

The Minnesota Department of Agriculture has awarded $1.9 million in grants to cities and organizations to arm themselves in the fight against the destructive emerald ash borer.

The emerald ash borer was first found in May in the St. Anthony Park neighborhood of Saint Paul. It has since been discovered in Falcon Heights and on the University of Minnesota's St. Paul campus. More than 100 infested ash trees have been destroyed so far.

St. Paul will get $723,000 to help manage infestation in the city. The University of Minnesota will get $200,000, and Falcon Heights will get $77,400 to fight the pest. The Agriculture Department also awarded $875,000 in grants to 15 cities and agencies to prepare for infestation, including Minneapolis, Minnetonka, Roseville and St. Louis Park.

The St. Paul City Council recently adopted an ordinance declaring the emerald ash borer a public nuisance, which gives the city the authority to inspect trees on private property and the...

The number of residential building permits issued in the Twin Cities during November 2009 grew 28% over November 2008. According to numbers released this week by the Builders Association of the Twin Citiies, permitted units were also 37% higher. So far this year, building activity is down 11.5% from 2008. Construction is still far, far below numbers from 2007 and the precedeeding years.

Minneapolis had the most building activity for the month with 218 units, 175 of them for a single building project. Lakeville MN came next with 45 units. Blaine MN, Savage MN, and Maple Grove MN pulled permits for 41, 29 and 28 units respectively.

November saw the highest number of units permitted for any month this year; total permits in November...

It is two years later than expected but in Blaine MN, two new parks are nearing completion. They will open next spring.

The Blaine Athletic Complex is a 22-acre park with four lighted tennis courts, a half-mile of new trails, two baseball fields, a basketball court and a freshly seeded field for football, soccer and lacrosse.

Lakeside Commons Park features 170-acre Sunrise Lake, a 14- to 18-foot-deep man-made lake that was dug by Emmerich Development Corp. of Andover in 2003 as the namesake and top amenity of the 1,045-acre housing development.

The park features a boathouse that will include watercraft rentals, a 50-foot dock, a beach house with restrooms and changing facilities, a 100-person picnic pavilion with a large, built-in grill and electrical outlets, a playground, jogging and biking paths around the lake, and "splash pads" with motion-sensored water jets that come up from concrete squares....