Near the Linden Hills and Fulton neighborhoods sit plenty of bodies of water worth spending time around – Minnehaha Creek, Lake Calhoun, Cedar Lake, Lake of the Isles and Lake Harriet are all in close proximity. These options are a godsend for anyone who appreciates the outdoors, loves a good beach or water activities. 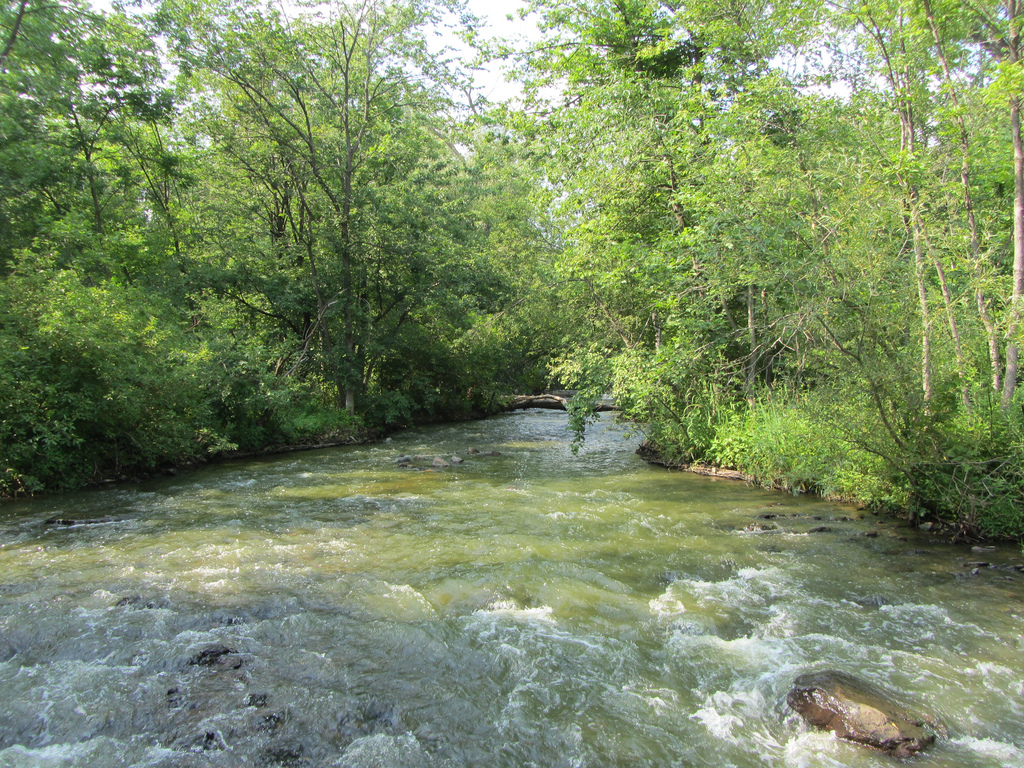 Minnehaha Creek is one can’t miss spot in the area, flowing 22 miles east through many Minneapolis suburbs. The creek flows into the gorgeous Minnehaha Falls, a huge attraction in the Minneapolis area. The 53-foot high waterfall is a beautiful escape for the urban life that surrounds the area.

There are also many fantastic parks in the area. Residents can chose from Utley Park, York Park, Arden Park, Wooddale Park, Pamela Park, and more. Minneapolis is an ever-growing city,...

Posted by Matt Barker on Thursday, July 8, 2010 at 6:55 PM By Matt Barker / July 8, 2010 Comment
Some spectacular Minnesota homes were recently mentioned by Forbes. The topic of discussion? Ultra-high-end homes on the market for tens of millions of dollars in unexpected locations. What are they doing there?

The first Minnesota home mentioned is a $10 million gated compound called the Brentwood that has all the amenities a high-caliber home should: a three-tiered screening room, a billiards hall with a wet bar, master bathroom with a fireside Jacuzzi and 10-spigot shower, guest homes, a lushly wooded lot, tennis court, and, like all the best Minnesota homes, a boat dock. Sounds like a Lake Minnetonka home, right? Wrong. It is located about 2 hours away from the Twin Cities in Big Chippewa Lake, Minnesota.

In many parts of the U.S., even the most expensive homes cost less than $10 million. Our listings are full of multi-million dollar homes that don't add up to that price-tag. Most of them are located in the Twin Cities. However, some extremely rich families choose to settle in places that have sentimental value to them instead of living in the most obvious luxury neighborhoods. This results in extravagant homes that stand out not only from the landscape, but from other homes on their real estate markets.

It doesn't have to be a high-end mansion in the middle of Minnesota's sticks, there is at least one outsized home up for sale right here in the Twin cities. As stated before, there are many multi-million dollar homes listed on our site. But you will not find a listing for the $53 million, 13-acre Southwest estate on Lake Minnetonka in Orono, Minnesota. It was designed in 1916-1918 by Harrie T. Lindberg and was used by the Pillsbury family until the early 1990s. The estate includes seven structures including a caretaker's cottage/greenhouse, garage, pool complex, smoke room and tea house.

Tours of four Lake Minnetonka homes will be offered in four sessions in May. The tour and lecture series, called "Homes of Lake Minnetonka," will be hosted by the Minnetonka Center for the Arts, local author Bette Hammel, and several architects.

Hammel, who will lead historical lectures about the homes, is the author of "Legendary Homes of Lake Minnetonka," published October 2009. The book highlights the history and architecture of 30 Lake Minnetonka homes. Out of four houses that will be featured in the series, three of them were in her book.

Architect Marcelo Valdes, University of Minnesota professor and owner of M. Valdes Architects, and Jon Monson, of the Landschute Group, will also join the tours. Designer Pamela Vasquez of the New Studio in Minnetonka will discuss design elements of the homes.

"These are houses that are really iconic in terms of there architecture, and many of them are not often open to the public for viewing, so it's a pretty special opportunity on many levels," [Minnetonka Center for the Arts Executive Director Roxanne] Heaton said.

It is hoped this inaugural tour will create interest for future historical homes tours, both for home owners and visitors.

Registration for four lecture series and home tours is $135 per person for Minnetonka Center for the Arts members, and $150 for nonmembers. The lectures will occur on Tuesdays, May 4, 11, 18 and 25.

What may be the best-known house on Lake Minnetonka has been sold. After more than 400 days on the market, 37 showings and one rejected offer, the 9,300-square-foot, 7-bedroom home in Wayzata MN once owned by convicted Ponzi scheme operator Tom Petters sold for $5 million. That is down from $8.25 million when it first went on the market in January of 2009.

Court-appointed receiver Doug Kelley, whose office oversaw the transaction, said he was "very happy" to close on the deal given the weak market for high-end homes.

"This is just the second home in the last two years to sell for $5 million or more in the Lake Minnetonka area," Kelley said.

The property sits on about 1 1/4 acres, has 250 feet of lakefront, a guest house, a 6-car garage and an empty wine cellar. See the Star Tribune article to see a photo of the home taken from the lake.

Petters was recently sentenced to 50 years in prison for his role in the $3.65 billion Ponzi scheme. The conviction and sentence are being appealed.

Also in Edina, as construction starts on its new public works building, one of the earliest jobs will be to drill its geothermal heating and cooling system. 124 wells will be drilled 250 feet deep and a closed network of pipes snaking up and down underground will be sunk into the holes and connected to the building. This type of system has been around for decades but improved technology is making them more efficient in extreme climates such as Minnesota.

The water used at the new Green Planet Car Wash at Dodd Road and County Road 50 in Lakeville is extensively filtered and reused in subsequent wash cycles, reducing water waste per car from the 100 gallons used by the typical car wash to less than five gallons. The water is clean enough to drink by EPA standards, but don't worry, they like to save it for the car wash.

More dirty work to clean up the environment? Okay. From $28 million construction project in Shakopee is emerging a plant which will take what's flushed down the toilet from as far away as Lake Minnetonka and turn it into enough energy to save $1 million dollars a year. Shakopee has also recently authorized rooftop wind turbines...
View Full Post

Got a Few Million Sitting Around?

Posted by Matt Barker on Wednesday, October 28, 2009 at 10:36 PM By Matt Barker / October 28, 2009 Comment
Southways, the 13-acre former Pillsbury estate located on Lake Minnetonka's Smiths Bay, is being offered for sale in an auction. The 40,000-square-foot mansion stalled while listed on the market at $53.5 million.

The home includes a pool and tennis complex, smoking house, tea house, caretaker's cottage/greenhouse and caretaker's maintenance shop. It is available in its entirety or as five separate parcels of two-plus acres.

The 1918 property was originally owned by John S. and Eleanor Pillsbury, son and daughter-in-law of the co-founder of the grain producer and food-making giant. Eleanor Pillsbury died in 1991 at age 104, at which time James Jundt and his wife, Joann bought Southways.

Got the cash laying around? The sealed-bid deadline is December 9.

If that's not quite your style, please take a look at much-more reasonably priced Lake Minnetonka homes....
View Full Post 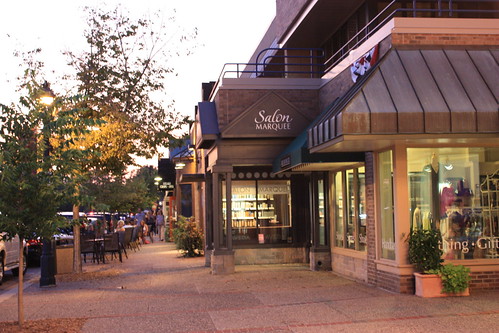 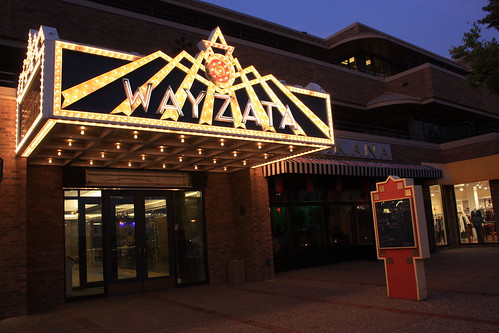 The first known people of European descent known to have visited the lake were two teenaged boys from Fort St. Anthony, later renamed Fort Snelling. Seventeen-year-olds Joe Brown and Will Snelling found the lake in 1822 when they paddled up Minnehaha Creek.

Minnesota's territorial governor Alexander Ramsey gave the lake its name in 1852. American Indians in the area referred to it as minn-ni-tanka, which means “big water.” The first settlements were constructed around it the same year. The first hotel was built in 1853.

In 1905, Twin City Rapid Transit first connected streetcar lines to the lake, which brought many more visitors. Soon steamboats that looked like streetcars, called Express Boats, were launched. The boats...

New around here, I thought it would be a good idea to tell a little more about myself.  Earlier I wrote about how I like weird stories, odd facts, and the like.  Another thing I like to discuss is living a green life, and all the cool ways people can be more friendly to the earth.

How does this apply to real estate? It has lots to do with real estate!  Green building is an industry that is growing quite quickly.  An increasing number of today’s new home buyers are aware of their impact on the environment and are insisting on the availability of earth-friendly houses.  Twin Cities new home builders are building green homes to satisfy demand.  In fact, earlier in this blog it was reported that green building is making an appearance on a very public stage in Minneapolis as the Target Center is getting a green roof, which will last longer than conventional roofs and will cut down on energy bills.

Also, being kind to the environment and encouraging some “tree hugging” can be helpful to all Twin Cities residents.  You wouldn’t know it unless you travel regularly to large cities, but one thing our metropolis has that many others lack is a significant urban forest from all those great and green Minneapolis and Saint Paul Parks.  Because of the carbon monoxide and other chemicals that trees help to filter out of the air, the fumes from all the cars on the road aren’t completely choking us.  Not only are they beautiful, provide great places for recreation, and filter out toxins, but trees and parks increase land values, meaning all the green foliage can help to put a little green in your asset column.