Who doesn't love beer and live music? Well, if you don't, then this event is not for you -- but if you are in the category of loving beer and music, 612 Brew Art Music and Beer Festival has got a weekend of fun for you. This event is in conjunction of the Art-A-Whirl festivities that same weekend. Oh, the best part? The event is open to the public and free to all.

On May 15th and 16th, Northeast Minneapolis will be lively with many live concerts, an open studio to check out talented local artists, and of course, beer from 612 Brewery. The brewery will be serving its five top selling beers during the event. 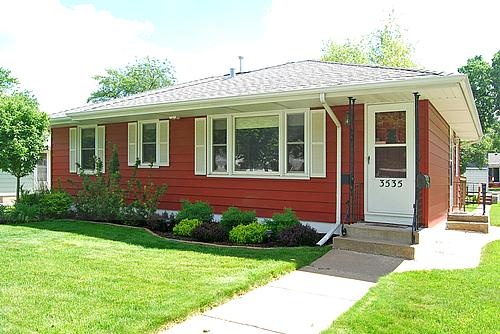 This charming Rambler located in the Waite Park neighborhood of Northeast Minneapolis has been updated, cared for, and ready for you to move in! 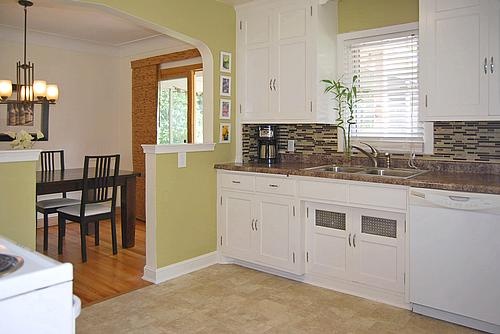 Updated kitchen opens to a cozy dining area and 3-season porch.  With newer appliances, new flooring, backsplash and counter-tops, this spacious kitchen is a dream. 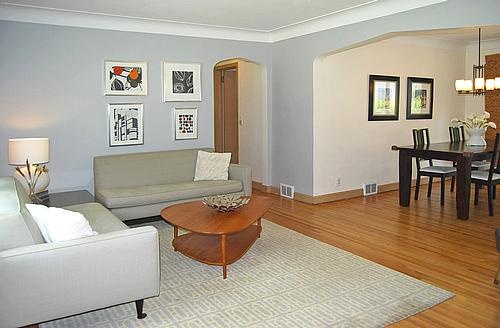 The homeownership rate within the United States declined to the lowest rate in 13 years during the fourth quarter of 2010, according to data released by the U.S. Census Bureau. At 66.5%, the home ownership rate was 0.4% below the third quarter and down 0.7% compared to the previous year.

Across all measurements, statistics for homeownership rates are down. The largest decline happened in the West, where the number of owners fell 1.3% from the previous year. The homeowner housing vacancy rate rose to 2.7% as foreclosures continue to afflict real estate markets, up from 2.5% the third quarter. The South and Midwest tied with 2.8% of homeowner housing stock left vacant. Statistics for the South represented a 1.0% decline from the year before, while the Midwest’s number was unchanged. The West and Northeast showed vacancy rates of 2.7% and 2.0% respectively.

As homeownership rates sank, rental activity has gone up. Rental vacancies reached the lowest reading since the beginning...

Want to buy a home in Minneapolis? There is a home buyer tour of more than a dozen available updated older homes on June 13. The self-guided tour runs from Noon to 3 p.m.

Home prices range from $100,000 to $250,000. They are built in a variety of styles, including Cape Cods, bungalows and Tudors. Many of the homes are foreclosed properties that have been bought and fixed up by nonprofit community developers.

People thinking of buying a Minneapolis home can talk to residents and get a feel for the northeast Minneapolis neighborhoods in which the tour will take place. They also can gain information about available home buyer assistance programs.

The event is designed to help revitalize Minneapolis neighborhoods hit hard by foreclosures, said Cherie Shoquist of Minneapolis' Community Planning and Economic Development department. "It's an excellent way for people to meet neighborhood residents who are invested...

A new area will be permanantly preserverd as a green space. For a price tag of $1.96 million, a parcel of land along the Mississippi River will become Washington County's latest park acquisition....
View Full Post

Get to NOMI - Valentine's Day Home Tour in Minneapolis

Twin Cities house hunters may not know that there is affordable housing as well as plenty of parks, new restaurants and other amenities to be found in north Minneapolis' Camden and Northeast communities. A group of residents has been working to change that perception by starting a grass-roots neighborhood campaign called Get to NOMI to attract prospective buyers by promoting the area's positive attributes. NOMI stands for North Minneapolis.

Joel Breeggemann, co-founder of Get to NOMI and a home owner in the Webber-Camden neighborhood, says "We want to show people that these neighborhoods are just as desirable as others in Minneapolis and St. Paul."

The group has organized a Valentine's Day, self-guided tour of 20 houses currently on the market in several north Minneapolis...

Many people were upset with their home's assessed values last year. Even Minneapolis' tax assessor wasn't satisfied with his property tax statement.

Minneapolis City Assessor Patrick J. Todd maintains his northeast Minneapolis home was valued at far more than it was worth when he bought it. He appealing to the Minnesota Tax Court to contest the value of his home, which was set by the office he heads. You read that right.

"It's one of those properties where the owner never called [the assessor's office] to say the value was too high," he said.

The reason behind the discrepancy is easy enough to explain. City assessors don't usually set foot on every property every year. Assessment is done through...

Posted by Matt Barker on Wednesday, December 16, 2009 at 10:39 PM By Matt Barker / December 16, 2009 Comment
At long last, the Hiawatha light rail line is finally complete. The last planned stop, the America Boulevard Station located in Bloomington at 34th Avenue, opened on Saturday. And it opened ahead of schedule, as the work wasn't even supposed to be finished until January.

The $3.3 million station was included in the original plans for the light rail line, but its construction was deferred when the south end of the 12-mile route was redesigned, said Bob Gibbons, director of customer services for Metro Transit. Money to build the new station came from the Bloomington Port Authority, Hennepin County, Metropolitan Council and the federal government.

The new station is northeast of the Mall of America and a short distance from Bloomington Central Station. Three hotels, an office complex and large long-term parking lots are located nearby. The area is being redeveloped and Bloomington MN officials view the new station as a key component...
View Full Post

Forgivable-loan programs aimed at helping lower-income home buyers have put nearly 200 participants into foreclosed houses in Minneapolis and Brooklyn Center. Both cities have offered up to $10,000 for closing or down payment costs to eligible participants who buy foreclosed homes. The interest-free loans are forgiven if the buyer lives in the home for five years.

In Minneapolis, 147 participants have bought homes this year in foreclosure-ridden neighborhoods, mostly in the north, northeast and south-central parts of the city, said Cheris Shoquist, city foreclosure project coordinator.

About 50 others have bought foreclosed homes across Brooklyn Center since that city's program began in March, said Gary Eitel, community development director.

The Brooklyn Center City Council has been updated on the program and has decided to continue it. It gets its funding from $1 million in new taxes generated by a commercial tax...

First, a story about an eco-friendly home rennovation. Can a green remodeling project look good and not break the bank? A St. Louis Park bungalow got an affordable, earth-friendly makeover that respected the 1940 home's vintage charm while at the same time reducing its energy costs. The renovation included a two-story addition to expand the kitchen and add a family room and mudroom as well as create space for upstairs bedrooms. St. Louis Park design/build company Sicora followed the new Minnesota Greenstar certification program to meet green building standards, but the bottom line was also a factor. This affordable remodel doesn't include all the bells and whistles. Though there aren't spendy bamboo floors or a geothermal heating system, it does have hardwood floors repurposed from the original...